Elijah is considered one of the key persons of faith in 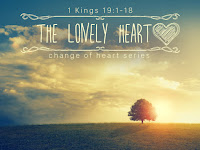 the Old Testament and is regarded as a man of faith and integrity. In the new Testament (Matthew 16:13 ) Jesus asks the question, “who do people say that I am?” to his disciples. The response from the disciples  is “Some say John the Baptist, some Elijah and others Jeremiah or one of the prophets. Those who witnessed Jesus were not sure who he was but they likened him to Elijah. A regular guy who had a strong faith.

Another New Testament story which involves Elijah is when Jesus takes, Peter, James and John up to the side of the mountain to pray. (Matthew 17) Jesus transfigures before them shining brightly and revealing his glory along with Moses and Elijah. So caught up in the moment, Peter wants to preserve it and to build shelters for all three. The purpose of this story is that Jesus is revealed to the disciples as God’s Son.  Elijah is recognized by the disciples for they would have known these stories of faith and testing and trial which he had endured. Elijah was a good faithful man who had served God well.  Even though we know that he had much despair in his life.
God still had a plan for Elijah and even though Elijah wanted to die God brought him food and kept him alive so that he could travel and experience God in new ways. Elijah travelled to Horeb and when asked by God why he was there Elijah responded, “I have been very zealous for the Lord God of hosts, for the children of Israel have forsaken Your covenant, torn down Your altars and killed Your prophets with the sword. I alone am left and they seek to take my life.” This is not the same Elijah who spoke boldly with God. And then God passed by as a strong wind, earthquake or in the fire. God’s still small voice was heard by Elijah and Elijah hid his face. Elijah was reminded of God’s power, of God’s character and of God’s love, mercy and peace.
And so God rebuilt Elijah’s life out of despair and enabled him to reach out to others again. What do we learn from this?
We too may become discouraged or in despair even though we are dedicated to Christ
We too need to invest our energies in others instead of in self-pity
Communion with God is the only way to maintain the spiritual strength necessary for the battles of life
God chose an average man Elijah who prayed to God and he became God’s instrument to an entire generation. He struggled just as we do but from him we learn that it is ok because God needs us and uses us to tell others. It is never too late to come to Christ and follow him. Remember that Jesus came to die and rise again so that we might have eternal life.  Amen.

Reflection
Elijah was an ordinary may who believed in God and was able to do amazing things and have great experiences. There were times when he felt down, when he was alone and lonely, and when he was hurt. But then God spoke to him as he speaks to us today. Go and serve the Lord. Wherever you are know that you are never alone. You just need to pray.


PRAYER
God we thank you for Elijah and the life he lived following you. He questioned his relationship with you and experienced despair in his tasks. You lifted him up and renewed his strength just as you lift us up too. Enable us O God to remember Elijah and his love for you and how you spoke to him in that still small voice. We are listening God. And we thank you always Amen

Watch for a new series beginning next week!

Who is Elijah? A man who faces conflict I Kings 18

Who is Elijah?
A man who faces conflict   I Kings 18
In Elijah’s time the people had rejected God for the lies of

the gods of the land. Truth had been lost in a culture of idolatry and it was upon Elijah to bring about change. Elijah left Zarephath and met with King Ahab. Ahab knew Elijah and the prophet told the king to order a meeting on Mount Carmel.

Elijah came to all the people and questioned them on who they believed and that they were trying to live in two worlds. They were worshiping Baal while also professing a belief in Yahweh. Elijah wanted them to choose.
Elijah proposed bringing the matter to a test and sets the rules for this test: Select an animal, prepare a sacrifice, pray. The prophets of Baal were divided into 2 segments—no answer, Elijah mocked them  and no fire was sent. Then it was Elijah’s turn. He summoned the people, repaired the broken altar, dug a trench, water was put over the altar. Then Elijah prayed (36-37) Identified God; vindicated God- of Israel,  at your word, explanation hear me ; did not ask “send fire”
God responded- fire fell and consumed the burnt sacrifice; people fell, prophets of Baal fell, and Elijah fell to God and then the rain fell. The drought was over.

Reflection
This is a story of Elijah showing the mercy and greatness of God to the people who had fallen away from Him.
What may we learn from this?
Matters of truth are not settled by majority vote but by God’s Word
Sincere and even passionate commitment to the wrong things can be self-destructive
Matters of truth and error need powerful and often uncomfortable moments of confrontation
Discovering the truth about God requires us to make decisions about our faith and the gods of our own culture.
What do you believe? In whom do you believe? Does God still act like He did in Elijah’s time- how?

PRAYER
Wonderful of love we thank you for Elijah’s story of strong courageous faith. He believed wholeheartedly in you and your ability to bring about change in the lives of others.
We pray O God that you would show us your truth as we sort through the many lies of today. Lies of real people, circumstances, death and destruction which seem to fill our media. Help us to know you and love you; to trust you and to follow your teachings like Elijah did.
We ask this in the name of the Christ who came to teach us about truth and to live in love, Jesus Christ. Amen.
Resource: Bill Crowder, Trusting God in Hard Times Lessons from the Life of Elijah Discovery Series, 2016

Who is Elijah? A man who trusted

Who is Elijah?
A man who trusted
Elijah is moved from the wilderness where ravens

provided his meat and bread and the brook his water as God tells him to go to Zarephath. Elijah set aside his own agenda, feelings and concerns to do God’s bidding and he did so without hesitating.

At Zarephath’s gate he meets a woman gathering sticks. He speaks to the woman and asks her to bring him some water in a cup. Then as she walks away to get the water, Elijah then asks for bread. For some reason, the woman who Elijah meets responds by saying, “As the Lord your god lives.” And at that moment Elijah knew that this would was a kindred spirit, a faithful woman of God.  This woman welcomes Elijah into her home and he realizes how poor she is but because they both trust and believe in God to provide their needs there is no fear.
The woman has very little- a handful of flour and a little oil in the jar. The reason she was gathering sticks was in order to make a fire so that she could make a little loaf for her and her son. So instead of two people in need, there are really three. Elijah asks to be fed first which seems odd knowing that she had so little. Yet when he ate, he also made a promise.
If you feed me first, then make some food for yourself and your son, you will not run out of food. The bin of flour and the oil will not dry up until God sends rain to the earth.
What would the woman do? Feed a stranger first of all that she had or herself and child?
Yet she was a woman of God. And so she went away and did according to the word of Elijah. As a result all ate for many days. God’s constant supply of flour and oil for this woman was a miracle. It is similar to Jesus’ promise in Matthew 6:33” Seek ye first the kingdom of God and His righteousness, and all these things shall be added to you. “  She put God’s purposes first, and God graciously provided.
Another crisis then comes to this woman. Her son becomes very sick and he had ‘no breath.’ The widow’s only joy is her son and now with his illness he would probably die.
Yet she trusted God even though she believed she questioned Elijah and blamed him for her son’s illness. She has many concerns within: anger, guilt, blame But Elijah has compassion and takes the boy outside the house up the stairs and to the roof where he placed the boy on his own bed.. He prays to God and stretches himself out on the child and asks God to let the child live. And the boy breathed again. He took the child and took him back into his mother’s house and they were happy.
The woman tells Elijah, “I know that you are a man of God, and that the word of the Lord in your mouth is the truth. She fully trusted in God.

PRAYER
God of grace and love, through Elijah’s story with the widow and her son we learn how she comes to believe that Elijah is faithful to you. She also builds up her faith and grows stronger because she comes to realize that Elijah is your faithful servant through the miracles of the flour and oil and raising her boy to life.  Somehow however, we do not see ourselves as in this story because we do believe, we do not see how the woman questioned her faith and God when she needed him most. Yet there are times when we think we can do it all and better than you. But we cannot. Help us O God to trust, fully trust you in all of what matters in this life. Let us be reminded of how important it is to trust you as we read the story of Elijah. Amen. 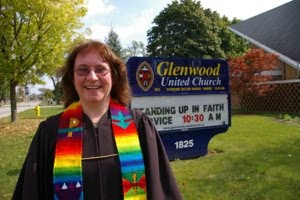